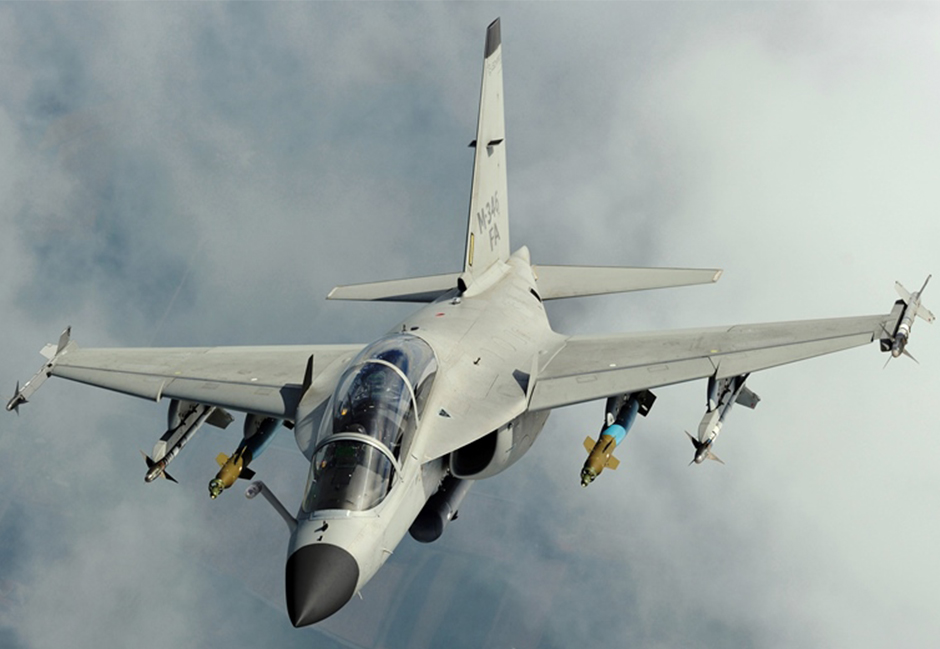 In the present operational scenarios, especially in those with a low-medium threat level, often modern and expensive 20/30 tonne class fighter aircraft are used for missions with high operating costs.

Generally, these are Close Air Support (CAS) missions that have to be carried out in urban areas and for battlefield air interdiction, as well as for Homeland Security and Air Policing, tactical reconnaissance and support for the personnel recovery operations in combat areas, where the use of low-cost aircraft equipped with radar, a state-of-the-art designator pod, modern and technologically advanced self-protection systems, a state-of-the-art data link and a critical air-to-air refuelling capability would be enough.

The M-346FA, the low-cost multirole master, was developed from the M-346’s AJT advanced training version already in service with the Italian, Israeli, Polish and Singapore Air Forces. In comparison with the latter, the FA version’s unique features consist of the upgraded avionics and the two additional wing tip hardpoints (seven in total) in order to have two air-to-air missiles, maintaining at the same time the full dual role capability and the entire extremely advanced Integrated Training System.

The M-346FA will be equipped with a DASS (Defensive Aid Sub System) self-defence system, which includes aRadar Warning Receiver, a Chaff and Flare dispenser as well as a Missile Approach Warning System, with six sensors and a comprehensive 360° protection against any missile threat. The aircraft will be safely able to exchange in real time all the tactical data thanks to a dedicated Tactical Data Link according to the NATO Link 16 or other standards.

The GRIFO-346, has been installed on board as well. It’s a 4th generation, X-band, coherent pulse doppler fire control radar with multimode and multirole capabilities, produced by Leonardo’s  Airborne & Space Systems Division. The GRIFO-346 is a new variant in the GRIFO Radar family and will provide advanced performances and new capabilities to the M-346FA. Over 450 GRIFO radars in various configurations have been sold worldwide and are presently in service with six different Air Forces on seven different platforms and have logged more than 150,000 flight hours.