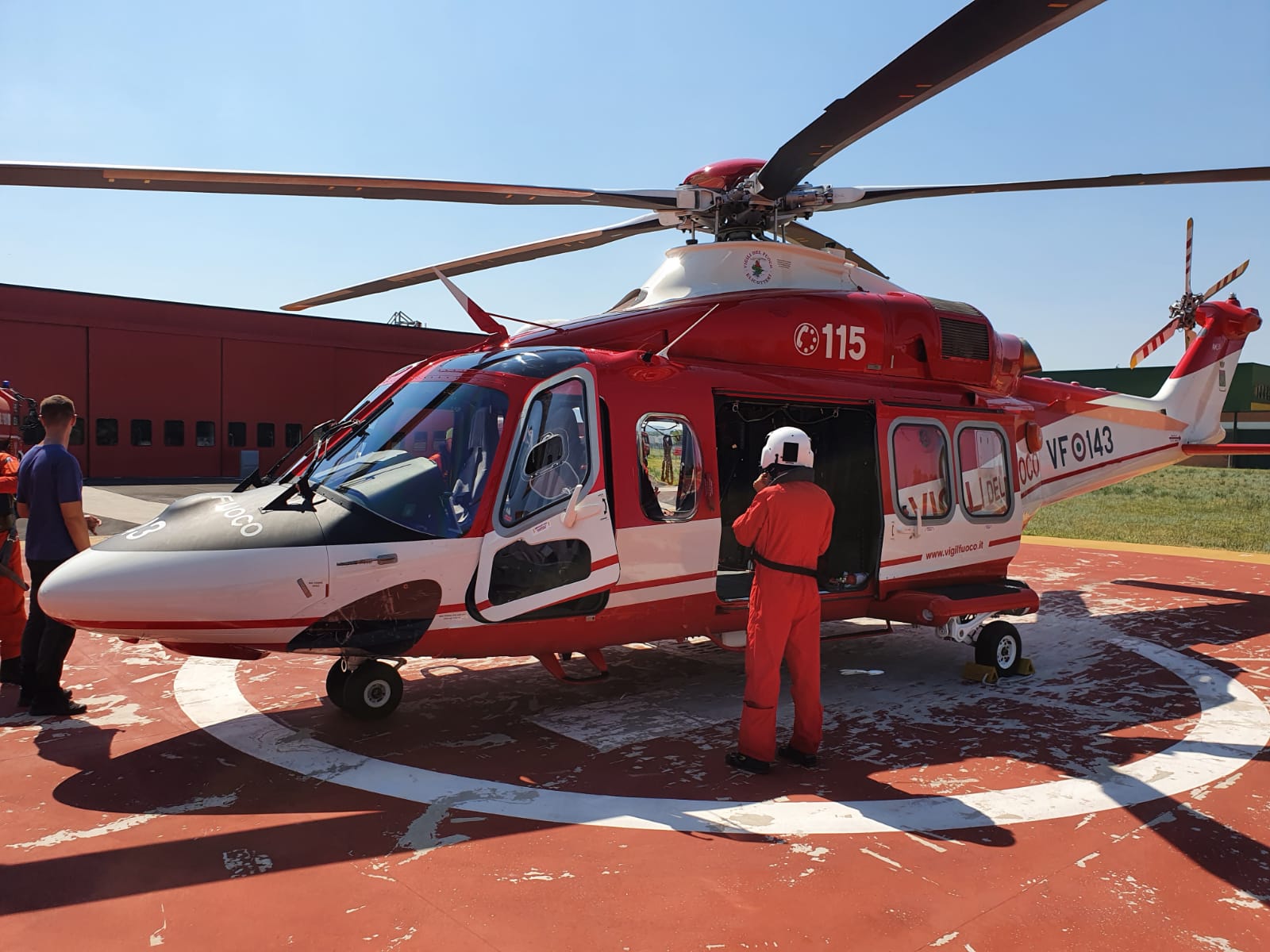 Enhanced Board Streaming Center (EBSC) is a work platform created and supplied by IAS as a result of the Bologna VVF Flight Wing request, which was commissioned by the C.N.VV.F. to carry out an intense evaluation activity for the possible extension of the platform to the other FF.WW. of the Corp.

The platform will allow R.V. to receive “live” the multimedia material collected on board its helicopters during rescue, institute and training activities, to process it through an easy and intuitive management interface and to distribute it to the interested subjects in real time.

The platform will also allow a structured archiving of video and photographic material (Data, ID of the flight sortie) in order to create an archive of all the material collected during its institutional activity.

Structure of the Platform

The platform consists of four features:

The Streaming component, which is based on the RTMP (Real Time Messaging Protocol) protocol, intercepts the video stream, saves it in mp4 format and allows playback through the web video player and determines the number of people who can view the live broadcast.

Based on OBS Studio, the virtual direction component sets the “live” RTMP stream as the source and allows the application of institutional logos or other effects to the video to subsequently transmit it to the Streaming server on the public channel.

The dashboard represents the real processing engine; it consists of an html5 web interface (usable in responsive mode also on mobile devices), a set of low-level core functions (for interacting in an advanced way with multimedia elements, offering even more functionality than the web version) and one structured API layer (to interact with third-party tools, including the AFM management software).

Wordpress is the archiving engine, chosen for the availability of easily usable APIs, which allows an advanced and simplified management of the cataloging and consultation of the multimedia elements stored through the web interface.