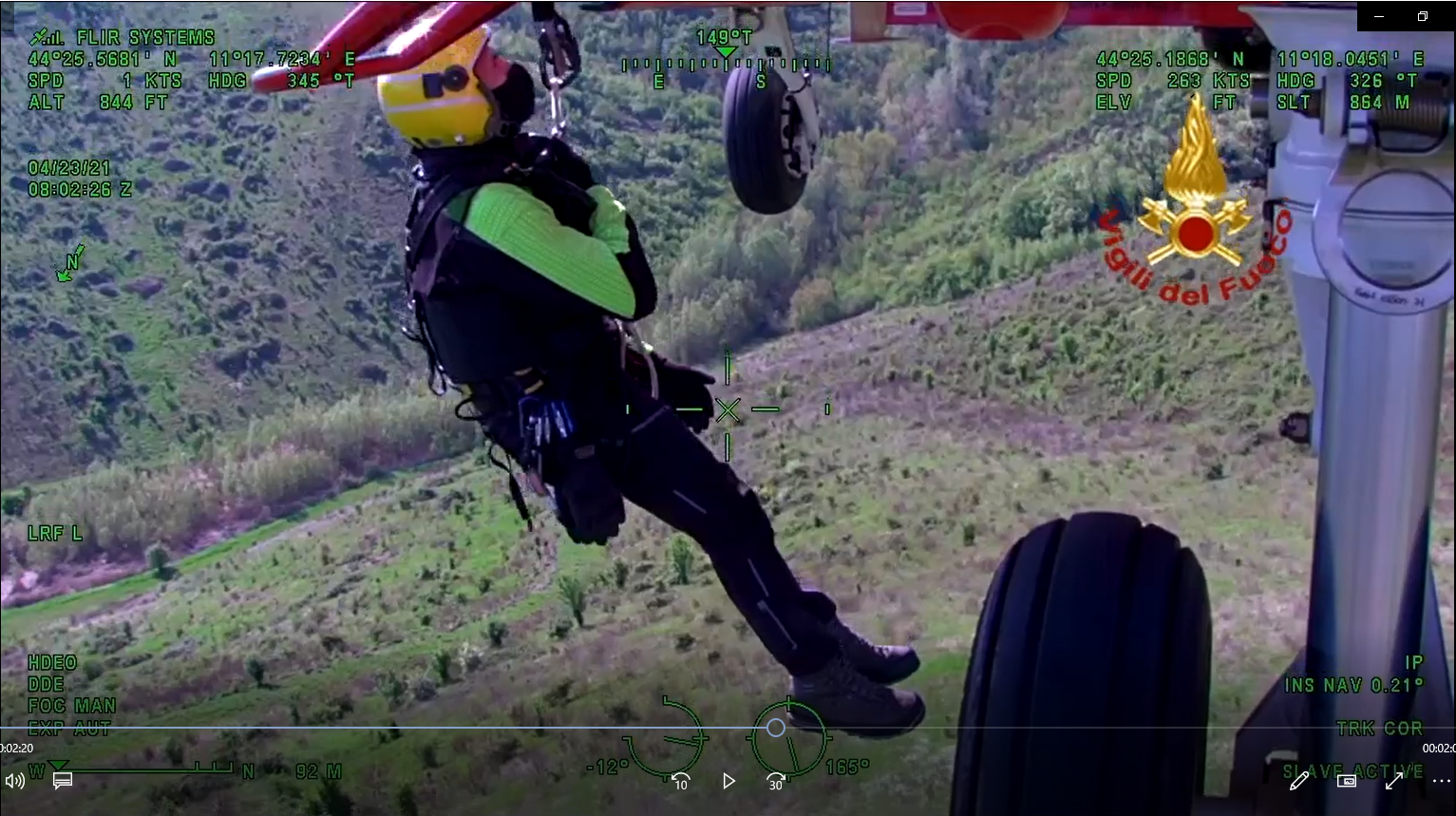 Created by IAS and used for the management of LiveStreaming by the Air Service of the National Fire Corps, the new Enhanced Board Streaming Center (EBSC) platform was presented to the top management of the C.N.VV.F. and is now officially active.

The development of the new section of the IT system for the management of the air fleet, AFM, allow to the Flight Deps to receive the video signal sent by the on board instruments of the AW139 helicopters and to relaunch it in live streaming to the VVF’s Operations Rooms. The control room has also the possibility of showing the aircraft track for a better identification of the area affected by the overflight.

The potentiality of the system and the possibility of making the images necessary for the coordination of rescue activities immediately available, were illustrated during the simulation carried out on Friday 23 April which was attended by the head of Department Laura Lega, the head of the Corps Fabio Dattilo and the Central Director for the Emergency Guido Parisi.
The images, which can be viewed in the article below, were sent live from the AW139 helicopter of the Bologna Flight Department to the VVF National Operations Center.

Having successfully concluded the experimental phase of the system, the C.N.VV.F. asked the IAS to analyze the adaptation of the architecture of the EBSC system to allow its extension to other Flight Departments and its application to Helicopter and Drone assets.

Watch the video on vigilfuoco.tv